Day Trading - What is a Day Trader?

It seems that today, more than ever before, when I talk to people, they tell me that their end goal is to become a “day trader”. When I ask what day trading means to them, I usually get a myriad of responses based on ignorance because, all too often, individuals fall prey to the myth that trading more often means they will make far more money. But in reality, the opposite rings true.

What is day trading?

In simple terms, day trading involves buying and selling stocks, for example, on the same day to take advantage of small price movements in the instrument being traded. In other words, a day trader spends the majority of their day watching the market and placing multiple trades with the goal of making a profit on the difference between the buying and selling price.

Typically, the objective of a day trader is close out all of their positions at the end of the day so as to reduce their exposure to any market movements when the market opens the following day or to avoid the holding costs that are incurred over night when trading futures, Contracts for Difference, or Forex.

The attraction to day trading often stems from an individual’s desire to supplement or replace their income from trading. Unfortunately, many people believe that in order to achieve this they need to replace one job with another and trade on a daily basis.

This is often spurred on by professionals, such as brokers, who make money each time you trade. No doubt, if you have searched anything to do with trading, you will have come across dozens of websites promoting the hype and mania about how easy it is to become a day trader and the so-called get rich quick mentality that prevails. But as many soon realise, this is just a pipe dream. 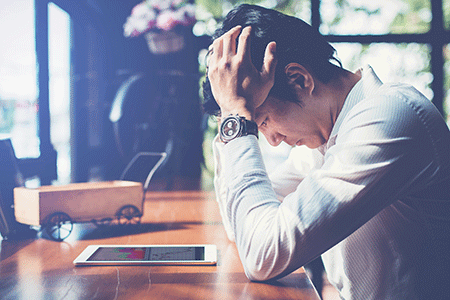 If you have been trading for some time, it is likely you will have come across the statistic that 90 percent of traders don’t make money. But would it surprise you to know that for day traders, it is well over 95 percent. In fact, my guess is that less than 1 percent of day traders are actually consistently profitable.

So, why do so most traders fail when it comes to day trading?

Because the market is an emotional barometer and when your money is on the line your emotions are heightened. Fear and greed abound and overtake logic and reason, particularly when the market is open.

Consequently, those who lack the necessary education required to manage themselves and their trading tend to lose more times than they win. This is because their emotions are magnified, which often results in making poor decisions. Many also fail to treat trading with the respect it deserves believing the market owes them something.

They also fail to appreciate the risks of trading and lack an understanding of their tolerance to risk. But there is an undeniable link between risk and knowledge. The more risk you take, the higher the level of knowledge required to manage the risk, which definitely rings true in highly leveraged markets, such as Forex.

Join us live on Tuesdays
from 7-8 PM AEST

Trade well rather than often

Another reason why many traders fail is because they are taught to trade using daily charts. But this is like having your face planted up against a brick wall because you are unable to see the bigger picture of what is actually unfolding on a stock or in the market. From experience, individuals who trade less, using weekly and monthly charts, make far more money and experience far less stress. Indeed, they have learnt how to trade in order to obtain a certain lifestyle as opposed to making trading their lifestyle.

I was recently talking to a trader who had been trading Forex over the past three years and he communicated that he watched the markets all day from various computer screens. Now, you can imagine how stressful that would be. And given that he was enquiring about our trading courses, you would have to assume that he was not doing that well.

I actually said to him that, at a guess, if he added up all the hours in a week that he spent trading and then divided this into the returns he was making, he would get a better hourly rate working at McDonald's. He agreed. And the penny dropped.

Let me ask you, would you prefer to trade more and make less, or trade less and make more? Hmm…I know which I would prefer. The bottom line is that you will make far more money from strategies that enable you to trade well rather than often.

When talking to people who state they want to be a day trader, what I uncover is that they really want to become a full-time trader, and replace their income from trading. 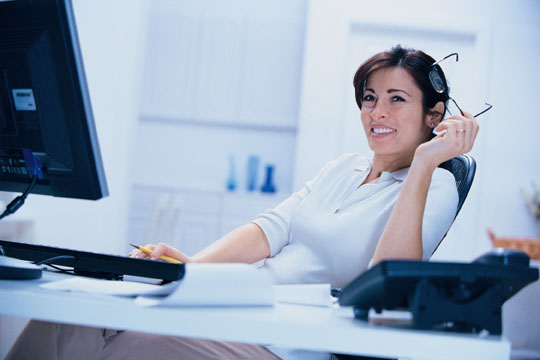 While this can become a reality, you need to combine a high level of knowledge and skill with experience. Without this, your probability of success over the long term is very low.

You also require a solid trading plan that you have back tested that confirms you have a high probability of making money in the market you want to trade. The 90 percent of traders who fail, do so because they fail to plan or they don’t have a solid plan. Being successful also means being committed and having the right attitude.

Trading is more than just applying a set of rules to enter or exit the market. You need to understand:

In my experience, those who fail to achieve their goals in the market do so because they fail to commit the time and money to develop the right knowledge and skills. But there is an old saying that “what a wise man does in the beginning a fool does in the end”.

Think about it. If you have only read a few books on trading or attended some weekend workshops, do you truly believe you have the knowledge and skill to day trade? Probably not, but unfortunately for many they prefer to find out the hard way through the school of hard knocks.

As I always say, if you want to be in the top 10 percent of traders that consistently makes money, avoid following the strategies of the other 90 percent who lose. If you are serious about becoming part of the 10 percent, I encourage you to read my latest book, Accelerate Your Wealth – It’s Your Money, Your Choice.

Others who read this article also enjoyed reading:

Invest in yourself. Study with Wealth Within now to fast track your stock market education and begin the journey toward financial freedom. Because lifestyle matters!

Learn More About Our Trading Courses